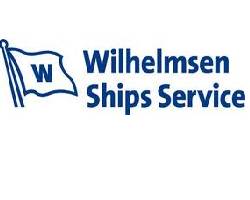 Wilhelmsen Ships Service has announced two key appointments in Russia as part of its ongoing programme of global expansion.

Mr Fomin, who qualified at the Russian Far East Maritime Academy department of Engineering, steps up from his role as Port Sales Engineer for the company.  His previous experience includes six years at sea as well as an appointment as technical manager for a shipping company.

Evgeniy Shokhin, Sales Manager for Russia & Baltic States at Wilhelmsen Ships Service said; “Russia presents a significant opportunity for growth for the company, and Alexander’s appointment will enable him to apply his strong experience to develop a wide number of sales opportunities.”

The  company’s second appointment in the region is that of Boris Chernenko, who takes up the position of Account Manager responsible for the new Wilhelmsen Ships Service sales territory of Southern Russia, covering Russia South, Azov, Caspian and the Volga regions.  Boris will be located in the company’s Novorossiysk office.

Mr Chernenko, who holds a maritime degree,  has worked for Wilhelmsen Ships Service in operational areas, sales and development since 1996.

“We strongly believe that having a sales force specifically for the Southern Russia territory will enable us to maintain our existing customer base and also develop new business for all four business streams with specific focus on Maritime Products, both internationally and on a local level,”  said Mr Shokhin.