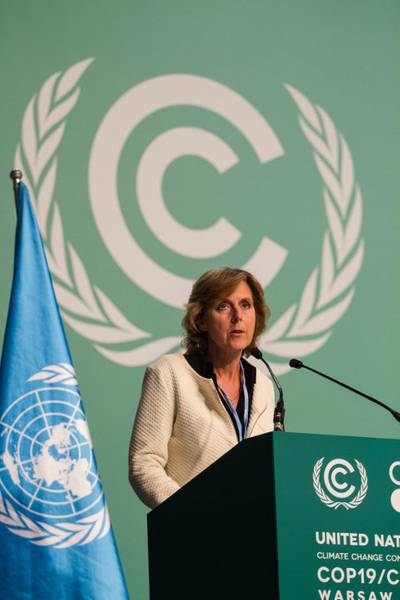 If no further action is taken and global temperature increases by 3.5°C, climate damages in the EU could amount to at least $260 billion (€190 billion), a net welfare loss of 1.8% of its current GDP. Several weather-related extremes could roughly double their average frequency. As a consequence, heat-related deaths could reach about 200 000, the cost of river flood damages could exceed $13.6 billion (€10 billion) and 8,000 km2 of forest could burn in southern Europe. The number of people affected by droughts could increase by a factor of seven and coastal damage, due to sea-level rise, could more than triple. These economic assessments are based on scenarios where the climate expected by the end of the century (2080s) occurs in the current population and economic landscape.

These are just some of the findings of a new report by the European Commission's in-house science service, the Joint Research Centre, which has analyzed the impacts of climate change in nine different sectors: agriculture, river floods, coasts, tourism, energy, droughts, forest fires, transport infrastructure and human health. The report also includes a pilot study on habitat suitability of forest tree species.

Connie Hedegaard, European Commissioner for Climate Action said, "No action is clearly the most expensive solution of all. Why pay for the damages when we can invest in reducing our climate impacts and becoming a competitive low-carbon economy? Taking action and taking a decision on the 2030 climate and energy framework in October, will bring us just there and make Europe ready for the fight against climate change.

Expected biophysical impacts (such as agriculture yields, river floods, transport infrastructure losses) have been integrated into an economic model in order to assess the implications in terms of household welfare. Premature mortality accounts for more than half of the overall welfare losses ($163.6 billion/€120 billion), followed by impacts on coasts ($57.3 billion/€42 billion) and agriculture ($24.5 billion/€18 billion).

The results also confirm the geographically unbalanced distribution of climate change related damages. For the purpose of this study, the European Union is divided into five regions. What the study identifies as southern Europe and central Europe south (see background for details) would bear most of the burden (- 70%), whereas the northern Europe region would experience the lowest welfare losses (- 1%), followed by the UK and Ireland region (- 5%) and central Europe North (- 24%).

However, the report also shows that welfare impacts in one region would have transboundary effects elsewhere. For example, the welfare loss due to sea level rise in the central Europe North region or to the agricultural losses in southern Europe would have a spillover effect on the whole Europe due to economic interlinkages.

These results relate to no action taken to mitigate global warming. The project also looks at the scenario where strong greenhouse gas reduction policies are implemented and temperature rise is kept below 2 degrees Celsius (the current international target). In this case, impacts of climate change would reduce by €60 billion, a 30% decrease. In addition, some significant biophysical impacts would be substantially reduced: the increased burned area would halve and 23,000 annual heat-related deaths would be spared.

This considered, further effects should be taken into account when assessing the benefits of reducing GHG emissions, not modeled in PESETA II. Firstly, there would be a reduced risk of fundamental impacts due to extremes and abrupt climate change. Secondly, there would be benefits associated with lower EU energy imports, as a 2°C scenario would lead to a substantial reduction in net energy imports in the EU. Thirdly, the additional benefits due to lower air pollution of the 2°C scenario can be also very large. Last but not least, the difference in impacts between the Reference simulation and the 2°C scenario would get bigger as time passes beyond 2100.

If future population and economic growth projections would be taken into account, the negative effects would multiply. The study simulated this for the impacts of river floods and results show that they could multiply tenfold.

The research integrates what is known on climate impacts in the various natural science disciplines into the economic analysis. It takes into consideration current projections on estimated CO2 emissions, the potential range of climate variations (temperature, rain, wind, solar radiation, air humidity) and the biophysical impacts (agriculture yields, river floods, and transport infrastructure losses) to assess the economic burden of potential climate scenarios.

Although the coverage of impacts is broad, it should be stressed that the study underestimates climate damages in Europe for a number of reasons. For instance, the coverage of climate extremes effects is limited; some impacts such as damages to biodiversity or ecosystem losses cannot be monetized and have therefore not be considered when calculating the welfare loss. Last but not least, abrupt climate change or the consequences of passing climate tipping points (such as the Arctic sea-ice melting) are not integrated in the analysis.