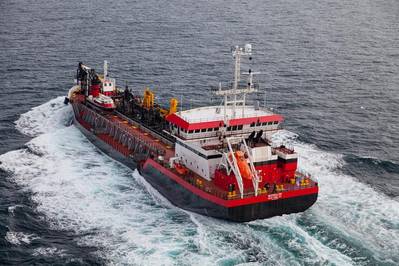 “We welcome the FY 2020 Work Plan released by the Army Corps,” said William P. Doyle, CEO of the Dredging Contractors of America. “We’re ready – our dredging companies are hard at work on projects and continue to build new dredging ships for America’s ports, waterways and beaches.”

The Work Plan is based on the FY2020 Energy and Water Development appropriations bills signed into law by President Trump in December 2019.

In December 2019, the FY2020 Energy and Water Development appropriations bill was signed into law as part of H.R.1865 and included a new regional dredge demonstration program for the central Gulf Coast. The program, administered by the Corps, was created to explore innovative ways of executing dredging in a logical and sequenced manner to seek efficiencies and cost savings and minimize disruptions to critical construction and maintenance dredging requirements across the nation.

U.S. Senator Richard Shelby (R-Ala.) announced on Monday that the U.S. Army Corps of Engineers allocated $274,300,000 for the Port of Mobile in its FY2020 Work Plan, officially providing the resources to dredge Alabama’s Port of Mobile. The funding – which accounts for the full federal share of the project cost – will initiate and complete construction of the deepening and widening of the navigation channel.  Following the required preliminary steps, construction is expected to begin toward the end of the year.

“Today marks a historic moment and victory for Mobile and the entire state of Alabama. Over the last decade, I have been advocating for the deepening and widening of the Port of Mobile,” said Senator Shelby.

In addition, $85.35 million was allocated in the FY20 work plan to initiate construction of deepening the Mississippi River Ship Channel, Gulf to Baton Rouge (Louisiana) to 50 feet. U.S. House of Representative Leader Steve Scalise (Louisiana) on Monday praised the inclusion of critical funding for infrastructure projects in Louisiana, including $85 million to deepen the Mississippi River to 50 feet.

Leader Scalise said, “After years of hard work, I’m very glad that the Corps included over $160 million for critical infrastructure projects in Louisiana, including $85 million to deepen the lower Mississippi River to 50 feet. As home to the mouth of the Mississippi River, this is excellent news for Southeast Louisiana and our ability to move more commerce through the Port of New Orleans!”

Louisiana’s Scalise continued, “This critical project also provides a dual benefit of rebuilding Louisiana’s vanishing coastline. Deepening the river will give the state the ability to take that sediment and use it to rebuild our coast, increasing lifesaving flood protection. I applaud the Corps for advancing this project and for their commitment to maintaining our waterways which are not only vital to Louisiana’s economy, but also to our national economy.”