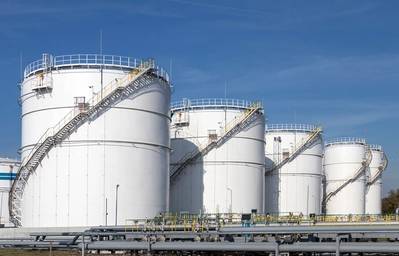 Libya's state oil firm NOC on Friday condemned calls to shut oil export terminals in eastern Libya controlled by military commander Khalifa Haftar ahead of a summit in Germany where he will face pressure to halt his campaign to take the capital.

Tribal leaders in eastern and southern Libya called on Thursday to shut the terminals in protest at what they called the internationally-recognized government in Tripoli's use of oil revenues to pay for foreign fighters.

Eastern Libya and part of the south of the country is controlled by the Libya National Army (LNA) of Haftar, who has been trying to conquer the capital Tripoli, home to the U.N.-backed Government of National Accord (GNA).

A summit in Berlin on Sunday will gather Haftar and the Tripoli premier Fayez al-Serraj plus their foreign backers. Turkey has sent soldiers and foreign fighters to fend off the LNA which is supported by the United Arab Emirates, Egypt and Russian mercenaries, diplomats say.

Scores of protesters gathered and erected a large tent outside Zueitina oil terminal in eastern Libya in response to the tribal leaders' calls but they didn't move to shut the terminal, port engineers and witnesses said.

"Oil and gas sector is the lifeblood of the Libyan economy ... they should not be used as a card for political bargaining," the NOC statement quoted its Chairman Mustafa Sanalla as saying.

"Shutting production and export of oil will have serious and easily predictable consequences for the Libyan economy," he added.

Germany and the United Nations will push rival Libyan camps and their foreign backers to agree on Sunday to a truce and monitoring mechanism as first steps towards peace, diplomats and a draft communique said.

The Tripoli-based NOC has sought to stay out of the conflict but faces pressure from the LNA which controls most oil ports and ports. It channels oil and gas revenues through the central bank, which mainly works with the Tripoli government through it also pays some public servants in the east.

The largest international shipping association representing shipowners, BIMCO said that it expects dry bulk fleet growth to slow to 3.1% in 2020…