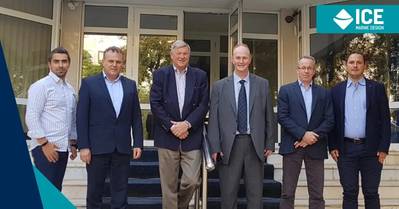 Silverstream System is a patented air lubrication system designed for reduction of friction between ships’ hulls and seawater. The company claimed that it the system has been proven to deliver substantial fuel savings and an associated reduction in GHG emissions.

Silverstream Technologies is a founding member of the Global Industry Alliance for combating pollution within shipping.

Steinar Draegebo, ICE Group’s Chairman & Chief Executive, said: “ICE has for some years been designing retrofit installation of ballast water treatment (BWT) and exhaust gas cleaning (EGC) systems into existing ships; we routinely send employees around the world to undertake laser scanning onboard ships to ensure we can design an installation that can be done as quickly and cost-effectively as possible. "

Steinar added: "We are honored to be selected by Silverstream Technologies to extend our retrofit design activity to help the many shipowners around the world who are keen to reduce fuel costs and help combat pollution using the Silverstream System."

"We expect this to be a major retrofit market opportunity within the near future as the industry becomes aware of the substantial benefits of the technology, with the aim that the Silverstream System is routinely included in new ships when they are being built,” he concluded.