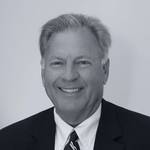 Terry Childs is the Head of RigLogix for Westwood Global Energy Group. He has over 35 years of experience tracking and writing about the offshore rig market. He started his career in 1981 at IHS legacy company Offshore Data Services. He left there in 2006 to market jackups for ENSCO in the Gulf of Mexico. In 2009, he returned to the market intelligence side of the business, with stints at RigData and DrillingInfo, before landing at Rigzone in December 2014. He became Director of the Data Services group in February 2016 and served in that capacity until March of 2018 year when Westwood Global Energy Group purchased the Data Services division of Rigzone.
Featured video