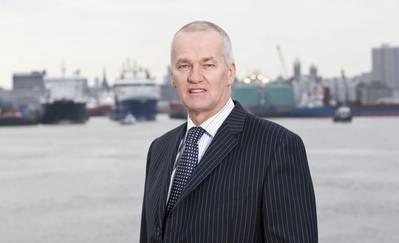 Aberdeen Harbour Board has commenced a major feasibility study into the potential expansion of facilities at the port. Continued growth in traffic and cargos, as well as an increase in the size of the vessels has prompted the study, as projections indicate that Aberdeen Harbour will remain the principal port for the oil and gas sector in the North Sea and West of Shetland.

The harbour has also been outlined as a potential hub for offshore wind developments within the National Renewables Infrastructure Plan and is expected to play an important and strategic role in the decommissioning sector. Aberdeen Harbour is one of the UK’s most well-connected ports and the centre of activity for the energy industry’s marine operations in north-west Europe. With trading links to more than 40 countries, the port is key to sustaining the commercial growth of the region and is a vital part of Scotland’s transport infrastructure.

The study, involving external consultancies working alongside the Harbour’s management team, is designed to explore the future requirements of present and potential port users while also assessing what could be physically provided in order that a comprehensive and clear business case can be considered. The initial findings are expected in the new year.

The potential for expansion will be considered alongside specific criteria, with the need for efficient and effective access links and minimising traffic being of prime importance.

Aberdeen Harbour chief executive, Colin Parker said: “Over the last 10 years we have witnessed considerable growth in the size of ships using the port and there is scope for even larger vessels requiring berths in the future.

“In recognition of this, and following numerous approaches from customers, the Board has decided that this is the appropriate time to investigate new options that will allow us to continue to offer high standards of facilities for any increase in activity, as well as being able to encourage new traffic flows.

“We have invested heavily in our existing infrastructure, most recently at Torry Quay, with Phase One now operational and Phase Two set for completion in the first half of 2013, delivering deep water berthing and a modern fit for purpose quayside. In order to meet the demands of the future and service new business streams, we must consider viable expansion solutions, that will be identified using specific criteria including accessibility – taking into account existing road and rail links; the availability of non-residential land; proximity to existing port facilities; potential impact on and benefits to the surrounding communities; environmental considerations; landscape and visual impact.”

Mr Parker continues: “Activity linked with Aberdeen Harbour contributes upwards of £500million annually making it a huge economic driver here in the North-east and strategically important to the national economy. With this in mind, it is fundamental that, as Scotland’s largest Trust Port, we do everything in our power to ensure the continued success of the Harbour now and for future generations.”

Bob Collier, Chief Executive of Aberdeen and Grampian Chamber of Commerce, said: “We welcome Aberdeen Harbour Board’s continuing commitment to investment in first-class port facilities to benefit the city and shire. At a time when the focus is clearly on developing our regional infrastructure to retain existing business and to attract more opportunities, this is an important statement of intent from the Harbour Board.

“The Harbour plays an important role in the export performance of the region, and we look forward to helping Aberdeen Harbour Board in their efforts to grow the city’s offering to the offshore industry and to the other important sectors which rely on a world class port.”

Tom Smith, chairman of Aberdeen City and Shire Economic Future (ACSEF) said: “Aberdeen Harbour Board is to be applauded for this initiative, as the Harbour is a critical component of the North East’s economic profile.

“Enterprises – be they public or private – need to be taking steps now to plan for the next 20 to 25 years and I welcome the Harbour Board’s focus on the future.”

Aberdeen City Council leader and leader of the authority’s Labour group, Barney Crockett said: "Aberdeen is unique in the UK in having a harbour humming with commercial shipping activity in its very heart. The continued ambition of the Board is inspirational and is evidence of business confidence in the bright future of Aberdeen.

“This Administration gives the strongest backing to port expansion and calls on all Aberdonians to rally behind the potential for a transformational initiative." Leader of the SNP group on the city council, Callum McCaig, said: “Aberdeen Harbour has been absolutely central to our city's past and present, and it will continue to play a fundamental role as our economy adapts to the challenges and opportunities of the 21st Century.

“It is a hugely positive sign that the Harbour Board is to explore the possibilities of expanding the port facilities in Aberdeen. It is a sign of their confidence in Aberdeen's future as a key player in the oil and gas and wider energy sector and as a city we should be doing everything we can to help them fulfill their ambition to grow.”

US Works with Firms in Supply Chains to Ease Port Congestion