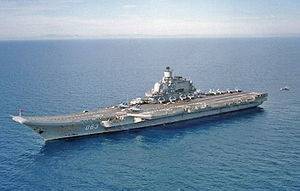 Russia will begin building new aircraft carriers after 2020 in a major boost to Moscow's ability to deploy air power abroad.

If the plans reach fruition, it would be a major boon to the Russian navy, which currently fields only one aging aircraft carrier, the Admiral Kuznetsov.

The Kuznetsov, part of the navy’s Northern Fleet, was built in 1985 and has been scheduled to undergo a major overhaul.

Another former Russian carrier, the Admiral Gorshkov, was sold to India in 2005, refitted and renamed the Vikramaditya and is currently undergoing sea trials in the Barents Sea.

Russia is currently in the middle of a huge rearmament program, with $659 billion to be spent on arms procurement by 2020 according to the Defense Ministry.