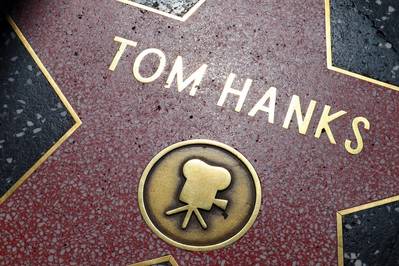 Trade group American Maritime Partnership (AMP) announced it is honoring Oscar-Winning actor Tom Hanks with the celebrated American Maritime Hero Award. The award recognizes individuals or groups of individuals who have added to the rich heritage of the United States as a maritime nation through their professional contributions, courage, outstanding achievements or noble qualities.

Hanks has drawn global attention to the bravery of maritime heroes by starring in the film “Captain Phillips,” narrating the documentary short “Boatlift - An Untold Tale of 9/11 Resilience,” and starring in and writing the screenplay in “Greyhound,” released on AppleTV+ on July 10. “Greyhound” tells the story of U.S. Navy Commander Ernest Krause (Hanks). Hanks portrays Commander Krause on his first Naval command mission, leading a convoy of 37 merchant marine ships across the chaotic North Atlantic while under pursuit by a squadron of German U-Boats.

“Tom Hanks’ work throughout his career reflects a deep respect for those who serve,” said Mike Roberts, President of the American Maritime Partnership. “This includes American mariners responding to the 9/11 attacks in New York, dealing with piracy off the coast of Somalia, and keeping our allies supplied during World War II. We are grateful for his work and passion in telling the stories of these unsung maritime heroes.”