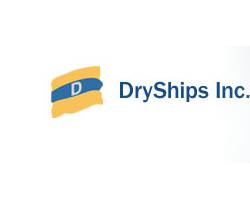 ATHENS, GREECE – April 18, 2011 - DryShips Inc. (NASDAQ: DRYS) (the “Company” or “DryShips”), a global provider of marine transportation services for drybulk and petroleum cargoes and off-shore contract drilling oil services, announced the signing, by its majority-owned subsidiary Ocean Rig UDW Inc. (“Ocean Rig”), of the $800 million syndicated secured term loan facility to partially finance the construction costs of the Ocean Rig Corcovado and Olympia. This facility has a 5 year term and 12 year repayment profile, and bears interest at LIBOR plus a margin. The Lead Arrangers are Nordea Bank and ABN AMRO. Also participating in this financing is Garanti-Instituttet for Eksportkreditt (GIEK), Norway’s export credit agency, DVB Bank, Deutsche Bank and National Bank of Greece.

The Company concluded an order for two Capesize 176,000 DWT dry bulk carriers, with the leading state owned Chinese shipyard, for a price of $54.2 million each. The vessels are expected to be delivered in the third and the fourth quarter of 2012, respectively

We are pleased to announce the signing of this loan facility. Following the drawdown of this $800 million and the expected drawdown of the $495 million Deutsche Bank led facility for the Ocean Rig Poseidon, the current drillship newbuilding program will be fully funded. I would like to thank the participating banks for their continuing support.