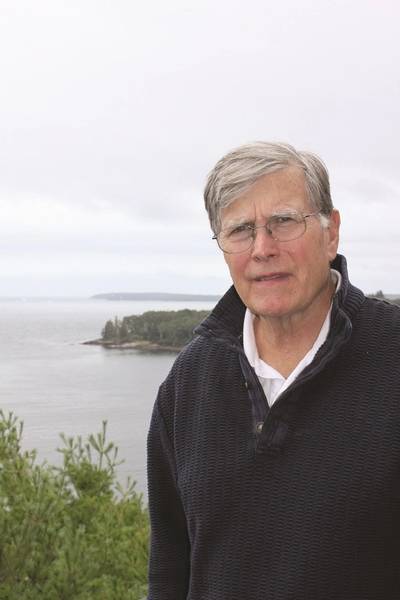 Record 2014 third quarter earnings per share of $1.34 compared with $1.21 in the 2013 third quarter, which included a $0.08 benefit due to the reduction of the United earnout liability.

David Grzebinski, Kirby's President and Chief Executive Officer, commented, "We reported record results for the quarter as marine industry fundamentals remained positive and utilization was in the 90% to 95% range. Although we are pleased with our record results, an increase in downtime at some major petrochemical plants and refineries resulted in some inland marine horsepower inefficiency. In addition, a change in our bunkering business had an unfavorable impact on our inland marine results. In our land-based diesel engine services market, we continued to see a pickup in demand for parts and services across our portfolio of oilfield equipment, including the manufacturing and remanufacturing of pressure pumping units."

Inland marine transportation continued its strong performance with tank barge utilization in the 90% to 95% range and pricing continued to improve modestly. During the third quarter, several petrochemical plants and large refineries experienced outages which marginally impacted demand for inland tank barges and created horsepower inefficiencies. Inland operating results and operating margin were negatively impacted by these outages and by the cost of additional charter towboats added in anticipation of new inland tank barges which were delayed by late shipyard deliveries. In addition, the results were negatively impacted by changes in Kirby's Florida bunkering operation where a customer change led to a decrease in dedicated equipment and reduced revenue. Overall, operating conditions throughout the inland waterway system were seasonally normal during the quarter.

The coastal marine transportation markets reflected continued strong utilization in the 90% to 95% range, consistent with the 2014 first half and above the 90% range experienced throughout 2013. Demand for the coastal transportation of refined products, black oil, including crude oil and condensate, and petrochemicals remained at healthy levels, leading to continued favorable term and spot contract pricing.

The marine transportation segment's 2014 third quarter operating margin was 25.0% compared with 26.1% for the third quarter of 2013, reflecting the impact of the plant outages, added horsepower costs and changes in the bunkering business.

The higher revenues reflected continued improvement in the land-based diesel engine services market and stable demand for parts sales and services in the marine diesel engine and power generation markets. The land-based market benefited primarily from an improvement in the sale and service of engines, transmissions and pressure pumping units. Demand for the remanufacturing of pressure pumping units also increased when compared with the 2014 second quarter.

During the 2014 third quarter, demand in the marine diesel engine services market remained stable, benefiting from major service projects along the Gulf Coast and in the Midwest. The power generation market benefited from major generator set upgrades and parts sales for both domestic and international power generation customers.

The diesel engine services operating margin was 8.6% for the 2014 third quarter compared with 7.9% for the 2013 third quarter, which included a $7.9 million benefit from the contingent earnout liability reduction.

Cash Generation
Kirby continued to generate strong cash flow during the 2014 first nine months with EBITDA of $484.6 million compared with $448.3 million for the 2013 first nine months. During the 2014 first nine months, capital expenditures were $234.1 million, including $66.2 million for new inland tank barge and towboat construction, $57.4 million for progress payments on the construction of four new coastal articulated tank barge and tugboat units (ATBs), and $110.5 million primarily for upgrades to the existing inland and coastal fleets, as well as the final costs for the construction of two offshore dry-bulk barge and tugboat units delivered during 2013. In addition, Kirby purchased a previously leased coastal tank barge in August 2014 for $6.5 million. Total debt as of September 30, 2014 was $649.4 million, reflecting a reduction of $99.8 million since December 31, 2013, and Kirby's debt-to-capitalization ratio was 22.4%.

Outlook
Commenting on the 2014 fourth quarter and full year market outlook and guidance, Mr. Grzebinski said, "The plant outages that negatively impacted us in the third quarter are largely behind us. Our earnings guidance for the 2014 fourth quarter is $1.30 to $1.40 per share compared with $1.13 per share in the 2013 fourth quarter. We are raising our full year 2014 guidance to $5.04 to $5.14 per share compared with $4.44 per share for the 2013 year, which included a $0.20 per share United earnout benefit. Our fourth quarter guidance assumes normal seasonal operating conditions in both our inland and coastal marine transportation markets. Utilization in both our inland and coastal fleets is projected to remain in the 90% to 95% range. For our diesel engine services segment, we expect continued improvement in both our land-based and marine diesel engine services markets."

The 2014 capital spending guidance range of $370 to $380 million includes approximately $125 million for the construction of 61 inland tank barges and one inland towboat, all expected to be delivered in 2014. The guidance range also includes approximately $110 million in progress payments on the construction of two 185,000 barrel coastal ATBs and two 155,000 barrel ATBs. The balance of $135 to $145 million is primarily for capital upgrades and improvements to existing inland and coastal marine equipment and facilities, diesel engine services facilities, and final costs related to the construction of two offshore dry-bulk barge and tugboat units delivered during 2013. In addition to the $370 to $380 million of 2014 planned capital spending, Kirby purchased one previously leased coastal tank barge for $6.5 million in August 2014 and two previously leased coastal tank barges for $25.3 million in October 2014.