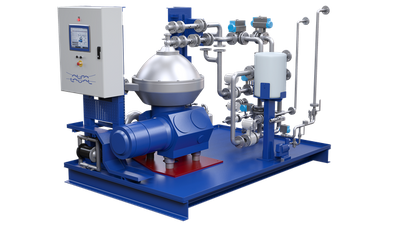 Alfa Laval has become the first company in the world to be approved by MAN Diesel & Turbo to supply a water treatment system, PureNOx, for MAN’s exhaust gas recirculation (EGR) scrubber.  The approval comes with less than a year to go before the IMO Tier III NOx standards take effect on January 1, 2016.

A comprehensive NOx abatement technology, the EGR will be used with the MAN’s two-stroke marine engines to reduce NOx emissions. The EGR is an alternative to selective catalytic reduction (SCR) technology; both EGR and SCR are compliant with the IMO NOx Technical Code.

In 2012, Alfa Laval signed a cooperation agreement with MAN to develop the water treatment system for cleaning scrubber water in their EGR system. PureNOx not only prevents soot and compounds derived from the exhaust gas from accumulating in the EGR scrubber and corroding the engine, but also enables the bleed-off of clean water overboard in compliance with IMO criteria.

“From the start, we have worked closely with MAN to develop and refine the water treatment system,” says Kristina Effler, Global Business Manager, Water Treatment Exhaust Gas Emissions. “Receiving the MAN Certificate of Approval for PureNOx is proof positive that close cooperation really pays off.”

“By yearend, we will launch the PureNOx Prime, which is smaller and less complex than the original, but also far less expensive,” says Kristina.

This bodes well for the introduction of MAN’s EGR system with PureNOx Prime to the market.