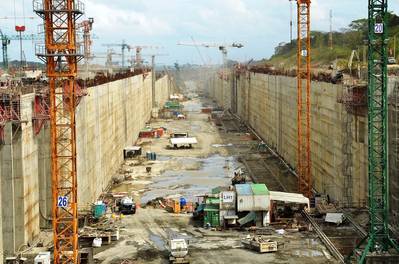 Arbitration to decide who will bear the Panama Canal expansion project's $1.6 billion cost overrun, a dispute that temporarily halted work earlier this year, will begin in closed-door sessions in Miami later this month, according to lawyers arguing the matter.

On July 21 "both sides will submit their terms and draft procedural orders for how things will work," said Carolyn Lamm, an attorney with White & Case representing the Spanish-led construction consortium.

Labor and cost disputes have plagued the effort to expand the 100-year-old canal, fanning fears of delays that could cost Panama millions of dollars in lost shipping tolls and posing a setback for companies worldwide that want to move larger ships through the waterway that links U.S. South and East Coast ports to Asian markets.

Panama's largest construction union resumed work on May 8 following a two-week strike demanding higher wages. Work had also ground to a halt in early February due to the dispute over who would bear cost overruns that boosted the project's $5.25 billion budget to near $7 billion.

Panama Canal Administrator Jorge Quijano in June said between "75 and 76 percent" of the engineering project is completed and a third set of locks to allow bigger ships to pass through the 50-mile (80-km) waterway should open in January 2016.

(By Zachary Fagenson; Editing by David Adams and Meredith Mazzilli)