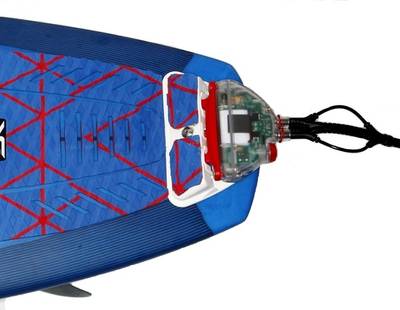 Surfers, kite surfers, swimmers, snorkelers — they've all suffered attacks by sharks in Hawaii this year, but Shark Shield , the Australian manufacturer of a patented shark deterrent, believes attacks could have been avoided if its electrical shark deterrent, the Shark Shield FREEDOM7, had been worn.

The company’s electrical shark deterrent is the result of more than 20 years of scientific research by some of the world’s leading experts in sharks including the KwaZulu-Natal Shark Board of South Africa.

The result of these two decades of research and development is the Shark Shield FREEDOM7 , the only scientific proven and independently tested electrical shark deterrent designed to reduce the risk of an unwanted shark encounter.

Amanda Wilson, Managing Director of Shark Shield, says the deterrent works on the principle that all chondrichthyes — sharks, rays, skates and chimeras — possess ampullary receptors in their heads which are used to find food, communicate and find a mate. These receptors are tuned to low-frequency fields but they only operate when in close proximity with food — or a diver.

“Strapped to the ankle of a swimmer or diver, the Shark Shield emits an electromagnetic field between two electrodes that disturbs these receptors with what has been described as a lightning fast pain of whale-like proportions,” says Amanda, adding that there are no known long-term adverse effects to the shark from the electrical field, but the discomfort is enough for it to deter a shark from approaching a swimmer or diver.