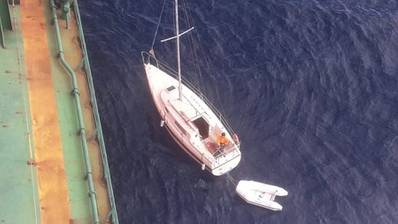 An Australian man allegedly trying to flee the country was found hiding in the air-conditioning vent of a bulk carrier following an interesting string of events.

While headed for Newcastle on Saturday morning, the Turkish-flagged bulk carrier Ulusoy 11 diverted to aid a yacht that had encountered trouble in the waters off Yamba, on Australia's east coast.

The ship attached a tow line to bring the yacht toward the Newcastle offshore anchorage, and the 31-year-old man who had been on board the yacht was taken into a cabin aboard the bulker.

As the Ulusoy 11 entered Newcastle waters on Saturday night, it was discovered the tow line carrying the yacht had snapped—with the yacht lost in the process—and the man was nowhere to be found.

The man was not located following a wide area search led by officers from the New South Wales (NSW) Marine Area Command from Saturday night into Sunday.

When the Ulusoy 11 anchored at Newcastle, NSW Police and Australian Border Force (ABF) officers, with the assistance from the Dog and Mounted Command, scoured the 229-meter bulk carrier on Monday, locating the man with $4,435 (US$3,053) cash and a knife inside an air-conditioning vent on board.

The Peakhurst man was arrested after subsequent checks revealed he was in breach of his bail over an alleged sexual assault.

Police allege that the man had deliberately cut the tow line and planned to hide on board the ship until it was due to depart Newcastle for Malaysia.

The Ulusoy 11 has departed Newcastle and is en route to Singapore, according to AIS ship tracking data. 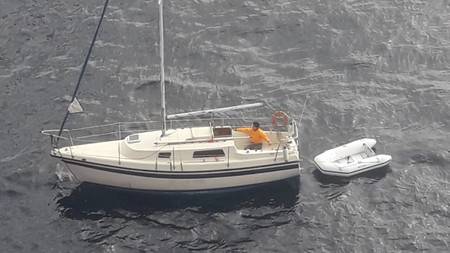