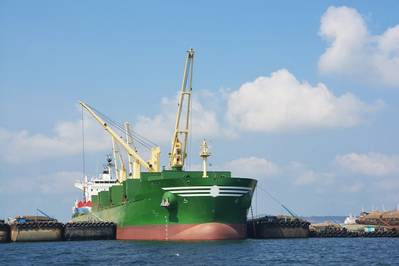 The Baltic dry index, which tracks rates for ships ferrying dry bulk commodities and reflects rates for capesize, panamax and supramax vessels, rose 5 points, or 0.3%, to 1,799.

The index surged about 257% in June, driven by a pick-up in iron ore demand from China, following the easing of coronavirus-led lockdowns in many countries.

Iron ore import demand in China is the key driver of the recent rally in capesize rates to more than $30,000 per day, Randy Giveans, vice-president, equity research, at Jefferies said in a note.

"Brazilian production has stabilized and Chinese iron ore inventories are at 3-year lows, which should lead to a new restocking period."

The supramax index was 4 points higher at 683.