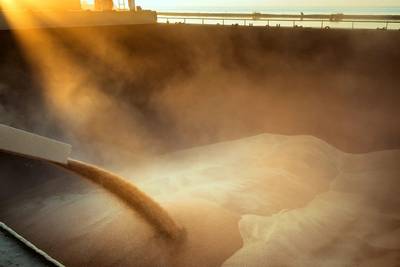 The Baltic Exchange's main sea freight index climbed to a near two week high on Tuesday propelled by strong demand across capesize and panamax vessel segments.

"Soyabean imports from South America and coal imports have experienced a significant surge during the past month and are likely to continue on this trend through August and possibly even parts of September," Allied Shipping added. Global commodities trader Luis Dreyfus Co is prepared for another unusually strong second half for Brazil's soy exports to Asia as the U.S.-China trade war drags on, with Argentina poised to profit as well this year, a senior executive told Reuters.

The supramax index was up 17 points to 992 points.