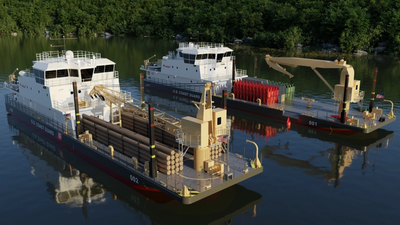 The U.S. Coast Guard has awarded Denver-based Birdon America, Inc. a contract for the detail design and construction of its new river buoy and inland construction tenders.

The deal is part of the Coast Guard's Waterways Commerce Cutter (WCC) Program to replace its aging fleet of 35 inland tenders that support the service’s aids to navigation (ATON) mission in federal inland waterways. The WCC fleet is approaching obsolescence, with an average vessel age of over 57 years and with ships still in service at 78 years old.

Birdon America's initial $28.49 million award is an indefinite-delivery, indefinite-quantity firm fixed price contract with economic price adjustments. It includes options for the construction of a total of 16 river buoy tenders and 11 inland construction tenders, and the total contract value is estimated at $1.19 billion if all line items are exercised.

River buoy tenders service short-range ATON on the western rivers. They set, relocate and recover buoys to mark the navigable channel in the rivers as the water level changes and also establish and maintain fixed aids, lights and day beacons.

Inland construction tenders construct, repair and maintain fixed ATON within inland waterways along the Eastern Seaboard and Gulf of Mexico. They are the only Coast Guard platform with the capability to drive and remove piles, erect towers and effect major structural changes.

The new WCCs will have greater endurance, speed and deck load capacity than their predecessors. The ships will also feature improved habitability and will accommodate mixed-gender crews. The new cutter design is expected to provide up to 11 days of accommodation and habitability for up to 19 crew members.

“This contract award is an important milestone for the new inland fleet that will improve our operational capability on the Western Rivers, and Inland Waterways” said Adm. Linda Fagan, Commandant, U.S. Coast Guard.

The 27 vessels will be constructed within a 10-year period commencing with an 18 month design finalization period. Bollinger Shipyards and Incat Crowther will be key subcontractors for the project, working under Birdon’s integrated, standardized leadership model. Bollinger will subcontract to Birdon for production of the bare hulls. All of Birdon’s production activities will take place in Lockport, La.

Jamie Bruce, Birdon CEO, said, "We are confident that we represent a low risk, high-performing, and long-term partner for the Coast Guard on the WCC Program. Birdon, and our partners Bollinger and Incat Crowther, look forward to continuing our successful relationship with the Coast Guard for years to come."

Having responded to the first Request for Proposal (RFP) in July 2021, Birdon has invested in developing and refining a fully compliant, comprehensive, low-risk, and best value solution for the USCG. Pre-award investment included full tank testing and preliminary design approval from the American Bureau of Shipping (ABS). 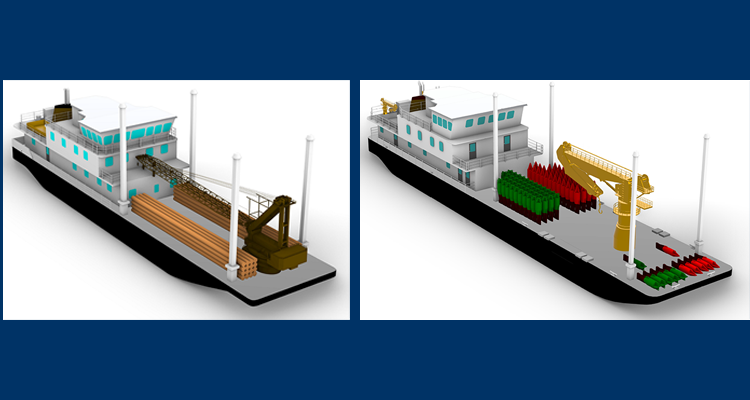