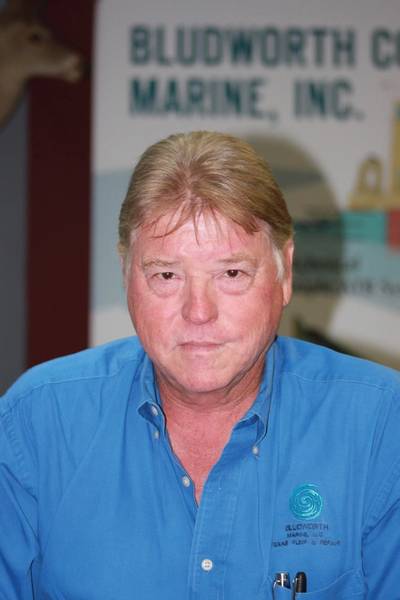 Running a ship repair business in the U.S. is anything but simple, with the unexpected being the norm and a cavalcade of new regulations. But Richard Bludworth has a penchant for turning the difficult simple. A staple in the Gulf of Mexico,  Bludworth Marine LLC was founded by Richard Bludworth in 1998, strictly as a topside repair facility. Today the Bludworth Marine  reach stretches to four waterfront facilities  on the 103 mile run between Orange to Galveston, TX, with its HQ in Houston. Company founder Richard Bludworth recently spent some time with Maritime Reporter & Engineering News to discuss the company’s past and promising future.

Please give our readers an overview of Bludworth Marine.

When I started in 1998 we were strictly topside repairs, but since then we have branched out to start yards, and today we have two spots in Galveston, a spot in Channelview and Orange (all in Texas), which is the largest location.  Actually we have two spots in Orange, but they are very close, only about a ½-mile apart. Our primary business is repair, but in the last two years 50% of our business has been new construction. We offer in-house engineering, and in total we have about 170 people.

In general, how has business been?

Well we’re done now with our new construction projects, but overall business has been good. Personally I believe it is tied to general economic activity. When we started coming out of the recession, business activity started building again.
I think all of that activity feeds our business.

Houston has emerged as an offshore and maritime hub. Do you agree?

It’s never slowed down here, really. There have been times when it has not grown a fast  When the rest of the country is having a recession, it simply means we are not growing as fast. Except of course from 1983 to 1985; that was a different story … we all jumped off the cliff then.

What projects have kept your crews busy in the past year?

We picked up a contract for 24 MarAd SeaBee barges, which entailed complete maintenance, repair and overhaul. It’s about a 12 month project and we are about half-way through it. Today we do about 3 to 4 barges at a time in Houston and in Galveston, refurbishing the SeaBee  barges – which includes steelwork, blast, paint and clean – so that they can last another 20 years.
We also have two 297-ft. petroleum barges that we’re converting into conveyor barges for a new NUCOR Steel mill going in on the Mississippi River. They are going to have iron ore conveyors on them, basically dock barges carrying iron ore from the vessel to the land.  We cleaned the decks off, completed all of the understructure for the conveyor system, and completed the engineering and the construction.
We also do a steady stream of mobilizations and demobilizations on offshore construction vessels – pipeline, dive, etc., and also on ocean deck barges.

Can you tell us about the recently completed new vessel construction projects?

We built a pair of stainless steel acid barges in 2012; we built three Olin caustic potash barges; and we also built a couple of chemical barges. All of the barges were in the 195 ft. range, except for the acid barge which was 260 ft.

The offshore business is obviously a driver in your region. How has it fared of late?

In a historical perspective, today’s business would just be OK. Hurricane Ike took out 100 percent of our waterfront capacity in 2008; in 2009 we had the recession; in 2010 we had the BP oil spill. On this side of the Gulf (the oil spill) really killed the business. So for the offshore industry, 2011 and 2012 have been a recovery from the steep drop off in 2008-2010. Comparatively, between 2003 and 2008, we doubled our business every year.

But that’s the shipyard business … it has always been cyclical, and it always will be.

What do you consider to be the greatest challenges to running a profitable business?

The biggest factor is regulatory; everything having to with government regulations is probably the biggest challenge, and unfortunately even health care is a part of that today. The toughest thing that we face year-in, year-out is how to deal with the regulatory issues: environmental, safety, health care, accounting … everything.

So you started the business in 1998. How exactly did you come to be in the marine industry?

I grew up operating boats, as both my dad and my uncle owned tugs and barge, operating inland to offshore. They were at the forefront of ATB development in the mid-70s. (The first Bludworth ATB Flexible Pushing System entered service in 1970. For decades Bludworth lead the field in US ATB tug & barge applications). I’ve spent most of my life operating tugs and barges, mostly offshore. I chose to not get into that business myself because it’s too tough from a regulatory perspective and heavily capital intensive for a start up.

Why did you start your own business?

It’s what I always wanted to do, so I jumped off and started it part time. I kept my regular job for a couple of years, and when it came time to split, we split, and they (Martin Marine) are still one of my better customers. They were on board with what I was doing.

So how does the upcoming year look?

Our sales will be down simply because we don’t have any new construction projects in the pipeline, but the repair business is much more reliable in terms of making or losing money. New construction is tight margin business.  But it’s still good in terms of balancing your workforce.

Can you tell us about one of the toughest or most challenging ship repair jobs you’ve ever encountered?

I got a call one day saying that a steel ingot had fallen through a ship (courtesy of a broken chain), right here in Houston. It was stuck like a knife blade through the double bottom.  That ingot was 40 ft. long, 8 inches thick, 8 feet wide. They were lifting the ingots out, the chain broke and the ingot went right through the ship like a knife. It was sticking 8 to 10 feet below the ship, and the rest of it was in the cargo hold. No one was hurt, but the forklift didn’t make it. That said, having all of your facilities under water in the wake of Hurricane Ike was quite a challenge too. We had zero sales for 3 months, as that was recovery time. That was a tough one. We survived because we had enough cash in the bank. It’s that simple.

(As published in the Jauary 2013 edition of Maritime Reporter - www.marinelink.com)