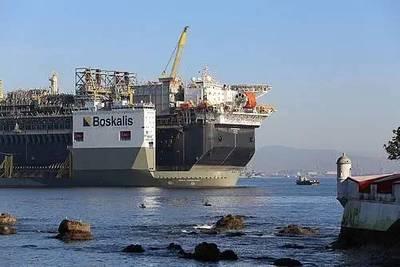 Dutch marine services and dredging firm Boskalis said Friday that the price proposed by HAL Holding for the acquisition of all remaining shares of Boskalis wasn't unreasonable, but also not sufficiently convincing to recommend the price to its shareholders.

HAL Holding on March 10 announced plans to launch a takeover offer for Boskalis' all remaining shares. The company said it planned to launch an all-cash voluntary public offer of €32.50 per share for all issued and outstanding ordinary shares of Boskalis.

HAL had 46.2% shares at the time of the announcement. Boskalis, which on Friday said the price wasn't convincing enough, said it had entered into discussions with HAL in the past few weeks with the aim to secure an increase of the intended offer price.

"Boskalis considers the agreement reached to be in the best interest of its stakeholders and will therefore positively present the non-financial conditions of the offer to its shareholders. Boskalis is under no obligation to cooperate with any post-offer restructuring measures which might be proposed by HAL. If and when HAL launches the offer, Boskalis will convene an Extraordinary General Meeting of Shareholders (EGM) to further explain its views on the offer. Boskalis will publish its position statement in relation to the offer prior to the EGM," the company said.

HAL said in March it supported Boskalis’ strategy, and that it had no intention to change its management or governance, "and is committed to the long-term interests of Boskalis and its stakeholders, including its employees.

The company, which has been a shareholder of Boskalis since 1989, said the current public listing "offers limited added value to Boskalis, and does not outweigh the costs and other disadvantages of the listing."

Hal said it believed that given Boskalis’ business characteristics, the long-term nature of its larger projects (typically spanning multiple years), and the cyclicality of its underlying markets, Boskalis could benefit from private ownership with a long-term investment horizon, and that such private ownership could also enhance M&A opportunities."

"If HAL holds at least 95% of the Shares, it intends to cause the termination of the listing of the Shares on Euronext Amsterdam and to commence statutory buy-out proceedings to obtain 100% of the Shares," HAL said in March.