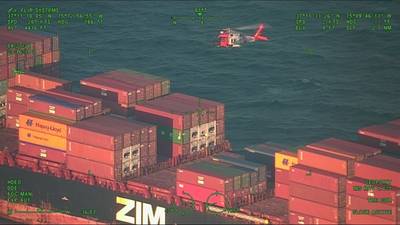 An Air Station MH-60 Jayhawk helicopter hovers over a containership 48 miles east of Virginia Beach, Va. A medevac was requested by the captain of the Zem Shekou after a crew member was found passed out on deck. (U.S. Coast Guard photo)

Watchstanders at the Coast Guard Sector Virginia command center received a report from the captain of the motor vessel Zim Shekou that a member of the ship's crew was was experiencing symptoms of a potential heart attack. Watchstanders consulted with the duty flight surgeon who recommended the medevac.

The Hercules aircrew provided support while the Jayhawk helicopter aircrew hoisted the man off the ship and transported him to Norfolk Sentara General Hospital. 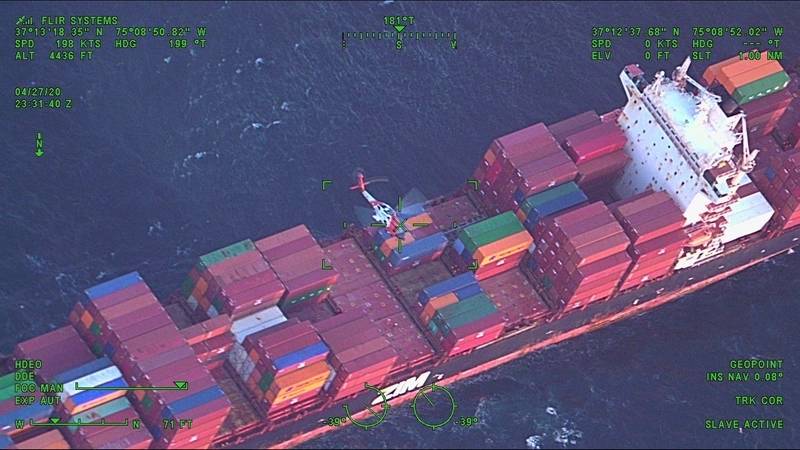 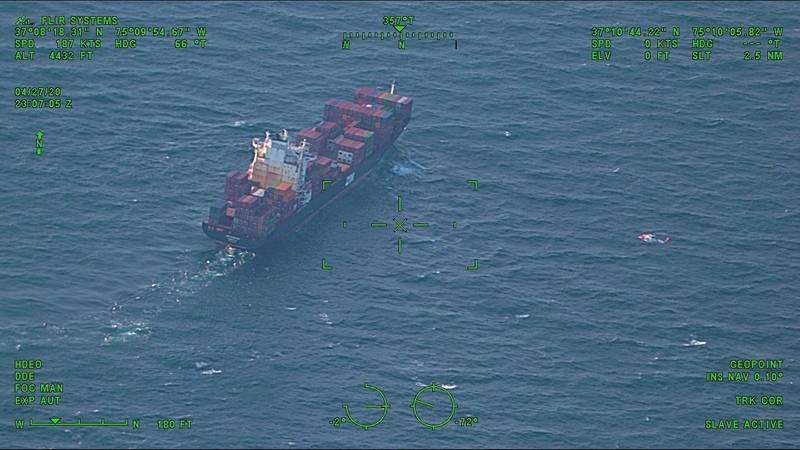