BP to Store Jet Fuel at Sea as Glut Looms 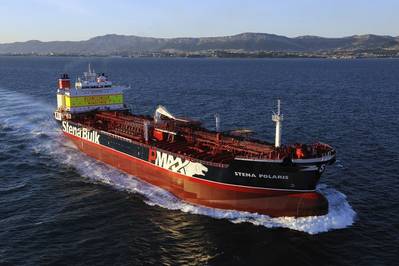 BP has provisionally chartered a 60,000 tonne tanker to store jet fuel at sea starting this week, trading sources said on Wednesday, after a collapse in demand from the aviation sector due to the coronavirus pandemic led to a huge glut.

BP has provisionally booked Stena Polaris to store jet fuel for 40 to 60 days starting March 20 to March 22 at a rate of $25,500 a day, according to shipping and trading sources.

The drop in demand for jet fuel is estimated to be at around 2.2 million barrels per day, according to Robert Campbell, head of oil products at consultancy Energy Aspects.

"With European kerosene (jet fuel) stocks near record levels, floating storage is one possibility for surplus jet fuel, though due to strict quality specifications, traders will be reluctant to attempt long-term storage of surplus fuel given the risk of contamination," according to Campbell.

The oil market could see a record supply surplus in April as coronavirus wipes out demand and big producers pump more, creating a global glut that threatens to overwhelm storage capacity within months and force widespread industry shutdowns, analysts said on Wednesday.