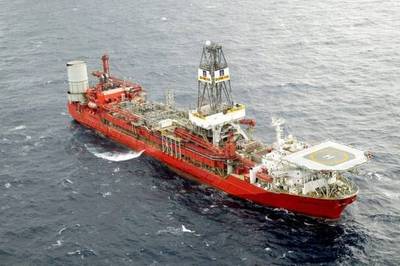 Brazilian oil company Enauta has brought online another oil well at its Atlanta field in the Santos Basin, offshore Brazil, following a recent pumping system failure, and is now producing from two wells connected to the Petrojarl I FPSO.

As previously reported, the company - formerly Queiroz Galvao - had earlier this month said that the field was producing via one well only due to a failure in the pumping system which had caused two wells to stop producing.

The Atlanta field early production system has three wells, designed to operate with pumps inside the wells or pumps located on the seabed, linked to the Teekay Petrojarl I FPSO.

"With the failure of the pump inside the well, the seabed pump was activated on July 18th, 2021. Production quickly returned to the level recorded before the interruption, around 17,000 to 18,000 barrels per day," Enauta said Tuesday.

"The seabed pump of the other well that had been stopped has also been enabled. As a result, the three wells are in operating condition. The resumption of production with three wells is scheduled for August 2021, when the repair of the oil heaters of the platform is expected
to be concluded," Enauta said.

Enauta recently became the full owner of the offshore field after its partner Barra Energia decided to pull out.

"Atlanta oil is heavy - 14 degree API. Nearby Oliva, with 65 mil boe recoverable reserves, was to be developed as a satellite structure to the Atlanta field via a 20 km tieback, but Enauta in 2019 dropped Oliva as part of its development plan,"  information from WER's recent floating production report shows.

Worth noting, Enauta is working to bring in a bigger FPSO to the Atlanta field to develop the offshore oil field fully, and in March launched the bidding process for the new (sort of) FPSO for the full development.

Enauta said in March it expected that the bidding process for the full field development FPSO would be completed in 10 to 12 months, with companies with proven experience in developing similar projects invited to take part.

The bidding considers an FPSO with a capacity to process 50 thousand barrels of oil per day, to which 6 to 8 producing wells will be connected, including the 3 wells already - partially- in operation in the Early Production System (EPS).

According to Enauta, the bidding process considers the adaptation of an existing FPSO, which has never been deployed, made possible by an exclusive agreement for 12 months with an option to purchase signed by Enauta. The winning bidder will have the right to exercise this option.

According to WER, the existing FPSO in question is the OSX 2 FPSO, currently in storage in SE Asia.

"This FPSO was completed in 2013 and went from the shipyard to storage site when the field operator (OGX) decided to not deploy the production unit. The winning bidder will have the right to exercise the purchase option and modify/use the OSX 2 on the [Atlanta field] project. Bids for the redeploy mods are now likely in Q4 2021," World Energy Reports said in its recent FPS report.

Rystad Energy recently said that more FPSO contracts had been awarded in the second quarter of 2021 than during the whole of 2020. The Norwegian firm said it expected FPSO awards to reach a total of 10 units in 2021.

Further, Rystad sees another 10 FPSO orders in 2022, which will, according to the Norwegian energy intelligence group, create "a very healthy project line-up for contractors, effectively doubling their pipeline."