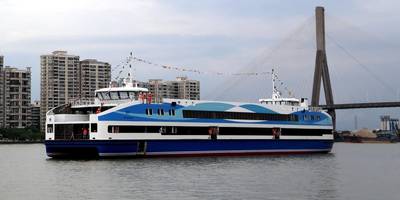 After commissioning of the vessel, which will take place in the coming weeks, sea trials will be held in October this year, in order to deliver the vessel well ahead of schedule in November this year in Rio de Janeiro.