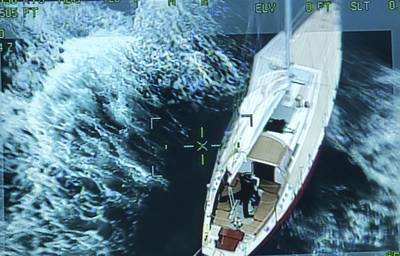 A sailboat became disabled after it was caught in rough weather 345 miles from North Carolina. (Photo: U.S. Coast Guard)

Watchstanders at the Coast Guard’s 5th District Command Center received notification from the International Emergency Rescue Coordination Center at approximately 9:30 a.m. that a GPS alert had been received from a vessel in distress. The alert also stated that the vessel was experiencing severe weather and that both the sails and engine were inoperable.

District five watchstanders launched a Coast Guard Air Station Elizabeth City aircrew aboard a C-130 Hercules aircraft and activated the Automated Mutual-Assistance Vessel Rescue System (AMVER) to alert vessels in the area to the emergent situation and request assistance from them.

The 958-foot Hong Kong-flagged bulker KSL Santiago answered the call and diverted to the disabled sailing vessel. The ship's crew recovered the two mariners and transited to Baltimore. No injuries were reported.

“This could have gone much differently given the weather conditions, the fact that the boat was disabled and that it was in the middle of the Atlantic Ocean,” said Kelvin Morgan, operational unit controller for the Fifth District command center. “The fact we have partners like the crew and captain of the KSL Santiago allows cases like this to have a happy ending.” 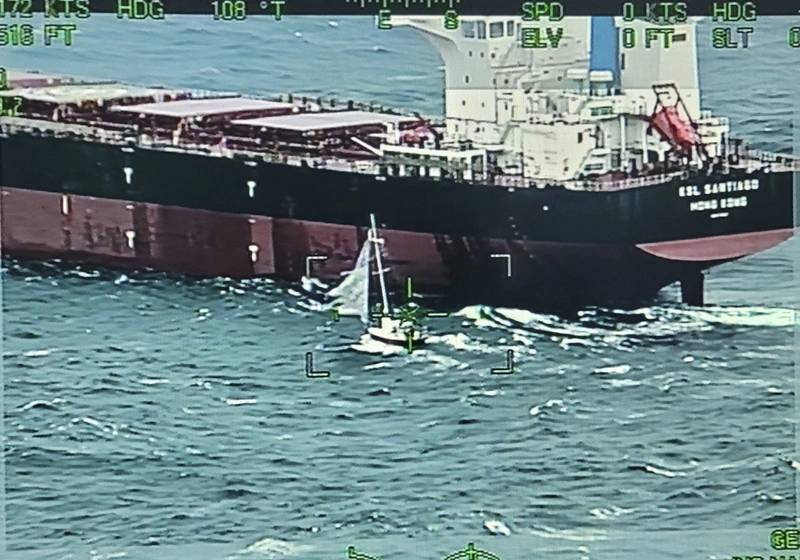 Two sailors were rescued by the bulk carrier KSL Santiago in a mission coordinated by the U.S. Coast Guard through the Automated Mutual-Assistance Vessel Rescue System. (Photo: U.S. Coast Guard)