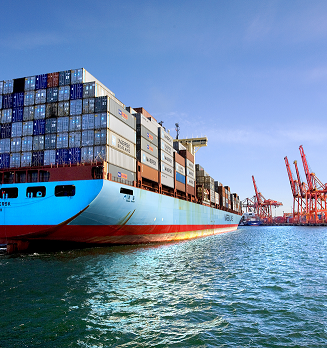 The gridlock at U.S. West Coast ports that has forced McDonald's to ration French fries at its Japanese restaurants and interrupted supplies to retailers such as Lululemon is unlikely to be alleviated by routing cargoes through Canada, whose Pacific ports face their own problems.
Capacity is already limited at Canada's largest port, Port Metro Vancouver, which is also staring at the possibility of another crippling strike by container truck drivers.
Tensions are mounting as talks to resolve longstanding complaints at the port drag on between government, management, and union and nonunion drivers, and there are rumblings of a possible work action, which would spur further shipping delays along North America's West Coast, hampering trade flows to Asia.
"Things are definitely starting to heat up," said Gavin McGarrigle of Unifor, which represents many unionized container truck drivers in Vancouver. "If these issues aren't resolved there's going to be a major problem."
Adding to the labor concerns, British Columbia ports are operating near ideal capacity, leaving little room to take diverted shipments from U.S. ports.
While expansions are in the works at Port Metro Vancouver and at the small North Pacific port of Prince Rupert, British Columbia, to meet a projected doubling of container traffic over the next 10-15 years, most of that new capacity is still years away, and even when complete would only add up to a fraction of West Coast U.S. capacity.
Vancouver and Prince Rupert together handle just 15 percent of total West Coast container shipments, importing consumer goods and other products for both Canadian and U.S. markets, and exporting Canadian commodities like lumber, woodpulp and grains.
"We do roughly 3 million containers on the West Coast of Canada per year. On the West Coast of the U.S. they do about 20 million," said Mark Gordienko, president of ILWU Canada, the union representing dockworkers in Western Canada.
Gordienko said Canadian dockworkers are also loathe to undermine U.S. colleagues by handling diverted ships.
Cargo shipments to ports on the U.S. West Coast have been backed up for the last three months, with the congestion most pronounced at the twin ports of Los Angeles and Long Beach, the nation's two busiest cargo hubs.
The congestion has already delayed shipments for retailers like Lululemon Athletica Inc and Ann Inc, along with the export of fruit and food products to Asian markets, such as potatoes for the McDonald's French fries in Japan.
Record Traffic
Container traffic at Prince Rupert's Fairview terminal is up 12 percent so far this year, with volumes at Vancouver's four container terminals up 3 percent despite a month-long strike by container truck drivers in the first quarter.
With demand high, three Vancouver terminals added an extra shift at midyear. The terminal operators say some of that new capacity is still available, with volumes currently at roughly 65 to 75 percent of maximum capacity.
But those numbers mask the severity of the issue, as operators generally aim to stay within 85 percent of their maximum capacity to keep shipments moving smoothly.
"When they go above 85 percent things start to slow down," said John Parker-Jervis, spokesman for Port Metro Vancouver. "It slows down the supply chain quite a bit and you get congestion on the dock."
The port wants to avoid a repeat of the backlog that formed earlier this year, when truck drivers walked off the job for a month in protest over long wait times and low rates.
The drivers returned to work after hammering out a joint action plan with government and the Port Authority. They say they are happy about progress made over the last nine months, but are frustrated over planned changes to truck-age standards and unresolved differences on pay rates.
(Reporting by Julie Gordon; Editing by Peter Galloway)