Canada to Save Rapidly-Melting Arctic Ice 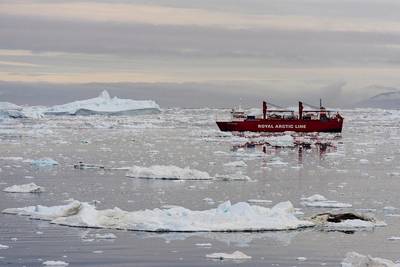 The Qikiqtani Inuit Association, working with the governments of Canada and Nunavut, has led the charge to make Tuvaijuittuq a 322,000 sq. km interim Marine Protected Area with an impact benefit agreement that delivers on their promise of a conservation economy to ensure communities benefit culturally and economically.

A five-year feasibility study will then look at permanently protecting it from future threats such as oil and gas development.

Tuvaijuittuq is part of what WWF-Canada coined the Last Ice Area, a polar region above Nunavut and Greenland where scientists project sea ice will persist the longest in the face of a warming world.

Thanks to the thickness of multi-year pack ice and North America’s last remaining ice shelves, it could become a final refuge for sea ice-dependent species like narwhal, polar bear, walrus, seal and beluga as well as the under-ice algae that fuels the entire Arctic food web.

The Last Ice Area is a vital climate adaptation effort. But to truly protect Arctic communities and species, Canada and the world must address the cause of our climate crisis — too much carbon in the atmosphere.

WWF-Canada looks forward to seeing Tuvaijuittuq join the nearby Tallurutiup Imanga national marine conservation area, formerly known as Lancaster Sound, to create a massive safe habitat for Arctic wildlife and the Inuit communities that they sustain.

Megan Leslie, president and CEO, WWF-Canada said: “As the Arctic is warming almost three times faster than our rapidly warming planet, protecting the ‘Last Ice Area’ for communities and sea ice-dependent species has long been a focus of WWF-Canada’s Arctic work, including helping to establish the Tallurutiup Imanga marine protected area. We could not be happier to see progress on offering similar protections in Tuvaijuittuq, a region which will only become increasingly vital locally, nationally and globally as the climate crisis worsens.”