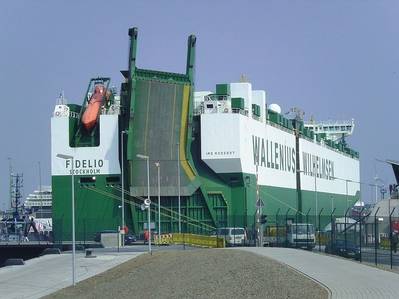 A solo Canadian sailor has been rescued from his sinking yacht in rough conditions 1,250 nautical miles (2,300km) north-east of Auckland - about 600nm (1,100km) south of Rarotonga - after a mercy dash by the car-carrier 'Fidelio', reports Maritime NZ.

The Rescue Coordination Centre New Zealand (RCCNZ) was alerted by the signal from a US-coded EPIRB distress beacon and despatched an RNZAF P3 Orion to the scene. The air found the 11m sloop (single-masted yacht) L’Antillaise, with one man from British Columbia on board, in danger of sinking following damage sustained during a storm the previous week, and the 238m Fidelio, en route to Auckland, was also directed 370km to rendezvous.

The car carrier subsequently arrieved and manoeuvred in 25 knot (45km) winds and swells of 2–3m to allow the sailor to climb aboard via the pilot ladder.

RCCNZ Search and Rescue Mission Coordinator Dave Wilson said the skipper was heading home to Canada when the yacht was hit by a storm five days ago, causing the yacht to roll over and sustain damage resulting in a serious leak.

“The skipper had been hand-bailing since the storm, but when the bilge pump failed he could no longer keep up with the water.  At that stage he activated the EPIRB,” Mr Wilson said. “There was no question the skipper was in serious danger. The crew of the Orion did a great job finding the yacht, and it was an amazing effort from the master and crew of the Fidelio to rescue the skipper at night, in high winds and rough seas.The sailor received superficial facial injuries when his vessel rolled and these have been treated aboard the Fidelio."