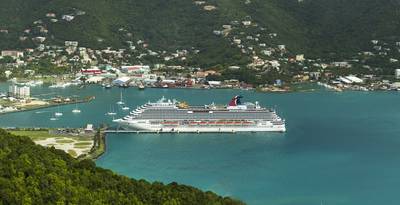 Earlier in June, Carnival reported record $4.4 billion in preliminary quarterly losses after its business was crippled by the health crisis, forcing it to take major write-downs on the disposal of some docked ships.

The company, which in recent weeks fully drew down a $3 billion credit line and issued $6.6 billion in bonds and equity, has also been looking for further waivers on debt repayments due next year, without which it could breach some loan conditions.

“We forecast that the company’s credit measures will remain very weak through 2021 and anticipate that its adjusted leverage may potentially exceed 10x in 2021 following a significant deterioration in its performance in 2020,” S&P said in a statement.