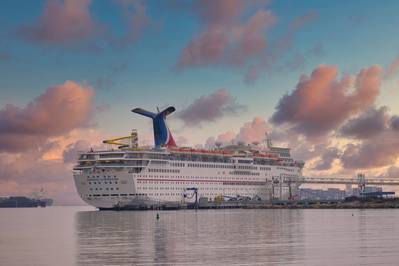 Carnival Corp said on Tuesday it expects to post a loss of $2.9 billion in the third quarter, hurt by the suspension of cruises due to the COVID-19 pandemic, sending the cruise operator's shares down 3% in premarket trade.

The cruise business is one of the worst affected from the health crisis and has forced operators, including Japan’s Luminous Cruise, to file for bankruptcy, or to raise money even at the cost of pledging ships.

Carnival, which has already raised billions in debt, said it was planning to raise a further $1 billion through a stock offering.

The company, which completed its first seven-day cruise last weekend on its Italian brand, Costa Cruises, also said in a filing that the loss figure the third quarter ended Aug. 31 included non-cash impairment charges of $0.9 billion.

The Princess Cruises operator also said its 18 less efficient ships, which accounted for about 12% of pre-pandemic capacity but only 3% of its operating income in 2019, have left or are expected to leave the fleet.

However, Miami, Florida-based Carnival said cumulative advanced bookings for the second half of 2021 are at the higher end of its historical range even as it advertises and markets less, signaling strong pent-up demand for cruising among consumers.