President Nursultan Nazarbayev has formally opened the Borzhakty – Ersai railway. The 13·9 km branch from the Aktau - Uzen line will serve a port which is being developed on the Caspian Sea near Kuryk.

Construction of the line including the laying of 22·3 km of track was undertaken by Kamkor, with work starting in October 1 2014. Bombardier has supplied EBI Lock 950 interlockings. The initial traffic on the railway will include materials for the construction of the port facilities.
The line is expected to boost freight shipped to the country’s sea ports by rail. The volume of freight transhipped via Kazakh ports reached 10.3mn tonnes in 2014, 2% up from 2013. Of this the volume of freight shipped by rail was 6.2mn tonnes, a 10% increase y/y.
In the country’s west Kazakhstan commissioned the Zhezkazgan-Beyneu line linking the country’s western parts with the central and Ozen-Bolashak line linking Kazakh railway networks with those of Iran via Turkmenistan.
"Borzhakty - Ersai" railway line will create an infrastructural framework for the implementation of the project for the construction of a ferry port complex Kuryk and several industrial projects in the coastal zone. 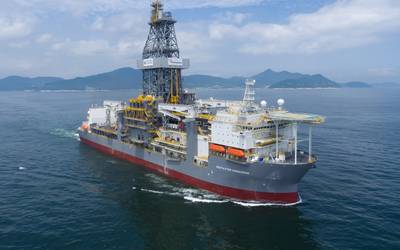