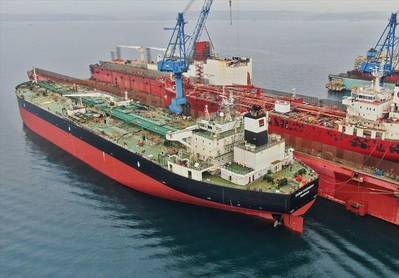 Cyprus-based shipping company Castor Maritime said it has reached a deal to acquire five tankers from an unaffiliated third-party for an aggregate purchase price of $49.25 million.

Castor CEO, Petros Panagiotidis, said, “We are excited to announce our largest purchase transaction thus far, with the en bloc acquisition of five tankers. Since our entry into the tanker market earlier this year, we have managed to swiftly grow our tanker fleet to eight vessels.”

The Nasdaq-listed company has also continued the expansion of its dry bulk fleet, having bought three bulk carriers in 2020 and another nine so far in 2021.

“Upon completion of all our recently announced acquisitions, our fleet will consist of 23 vessels, establishing our company with a diverse fleet of 15 bulkers and eight tankers. This diversification allows us to pursue attractive opportunities across different shipping sectors.”