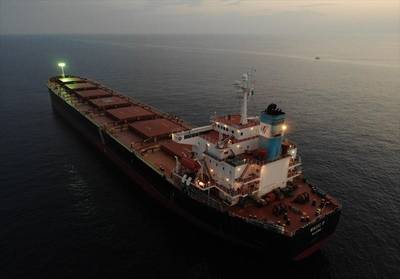 The Nasdaq-listed company said it paid $18.48 million through a separate wholly-owned subsidiary to acquire a 2011 Japanese-built Panamax bulk carrier from an unaffiliated third-party. The vessel is scheduled to be delivered to Castor in the second quarter of this year.

Petros Panagiotidis, Castor CEO, said, “We are pleased to announce our ninth vessel acquisition in 2021 with the addition of another Panamax dry bulk vessel to Castor’s fleet. Our focus remains on deploying our capital and growing our fleet through timely acquisitions of vessels across shipping segments.”

The acquisition was announced just days after Castor said it raised $125 million through a direct shares offering.

Castor has been active in the secondhand market in 2021, after growing its fleet from three to six vessels in 2020. Once all of its newly acquired ships are delivered, Castor will have a fleet of 15 vessels, with an aggregate capacity of 1.4 million dwt, consisting of one Capesize, five Kamsarmax and seven Panamax dry bulk vessels as well as two Aframax tankers.

Panagiotidis said in Castor's most recent financial results that he expects a robust rate environment throughout 2021 as the dry bulk shipping market steadily improves.