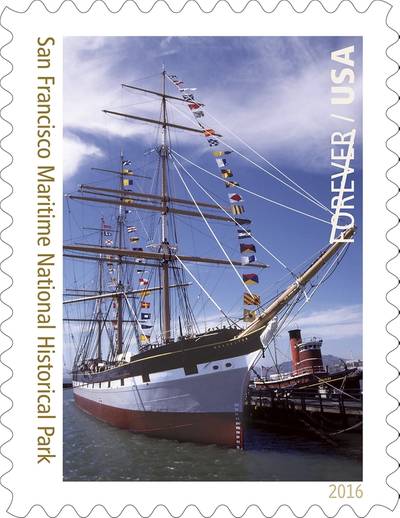 The stamp is the 14th of 16 new Forever Stamps to be revealed over a three-week period to celebrate the National Park Service’s 100th anniversary.

The stamp image is a portion of a photograph by Tim Campbell, showing the square-rigger Balclutha. Just visible to the right of the deep waterman/salmon packet sailing vessel is the 1907 steam tugboat Hercules.