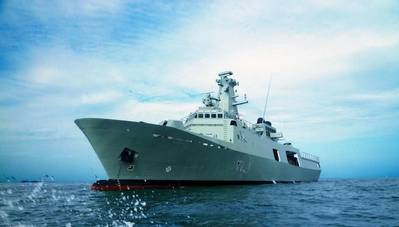 The Guest-of-Honour was the Commander of the Royal Navy of Oman, Rear Admiral (RADM) Abdullah bin Khamis bin Abdullah al-Raisi.

ST Marine won the contract to design and build four PVs for the RNO in 2012. This contract was awarded by the Ministry of Defence of the Sultanate of Oman through a competitive international tender. The first vessel is expected to be delivered in 2Q2015 and the final one in 3Q2016.