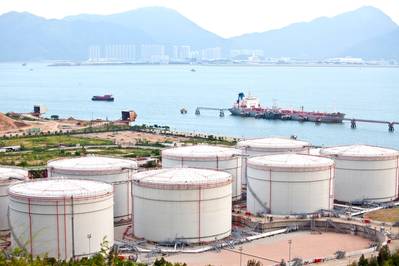 China is set to receive close to two million barrels of Iranian oil this week and pump into a reserve base in south China, according to tanker tracker specialist Vortexa Analytics.

This would be the third Iranian oil cargo destined for government stockpile following two similar-sized shipments in December and January.

This shipment is likely to be reported by Chinese customs which is due to release detailed commodities import data for May on June 20.

China's National Food and Strategic Reserves Administration did not immediately respond to a request for comment.

NITC did not immediately respond to a request for comment.

Alongside the sporadic official imports of Iranian oil, China has over the past two years been buying large amount of Iranian oil despite the United States' sanctions on Iran's oil exports.

Volumes of China's Iranian oil purchases, passed off as oil from suppliers like Malaysia, Oman or Iraq, make up roughly 7% of China's total crude oil imports.