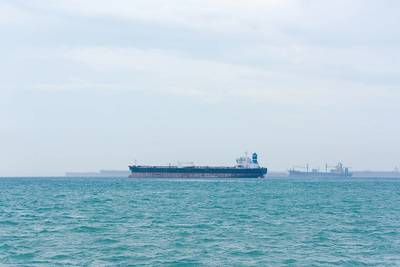 The operation, which saw customs officers from the port city of Ningbo join forces with local law enforcement and maritime police, spanned eight Chinese regions, including the coastal provinces of Zhejiang, Jiangsu, Shandong and Fujian, the General Administration of Customs said in a statement.

A total of 14 gangs were busted on Tuesday, the agency added. It was not immediately clear if the gangs were trying to smuggle the oil into or out of the country. China is Asia’s biggest refiner and consumer of oil products such as gasoline and diesel.

Customs authorities described the swoop as “one of the most extensive operations” to combat refined oil smuggling along China’s southeast coast in recent years, in terms of area.

Such smuggling disrupts the retail fuel market, brings serious safety hazards and causes pollution, it said, adding that smuggled refined oil was of inferior quality and had a sulphur content that greatly exceeded stipulated limits.

The customs agency said it had launched a coordinated nationwide campaign against refined oil smuggling in August last year, focusing on hotspots like the Pearl River and Yangtze River Deltas and had recorded 170 cases involving products worth 5.4 billion yuan by the end of February.