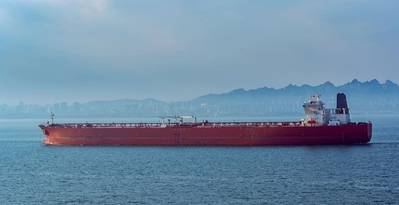 China's crude imports surged 25% in July from a year earlier, as massive purchases made while prices collapsed in April arrived and as some shipments delayed at ports in June finally cleared customs.

That is higher than the 9.66 million bpd imported in July 2019 but below a previous record of 12.94 million bpd set in June.

Crude bought by Chinese bargain hunters in April, when oil prices plunged to multi-decade lows, arrived in China while inflows were also boosted as imports held up by congestion at Chinese ports were finally processed by customs.

The figures did not give a breakdown of country of origin. But Emma Li, an analyst from Refinitiv, estimated that around 5 million tonnes of U.S. crude oil had arrived in China in July - an all-time high on a monthly basis - and that about 1 million tonnes might spill over into August due to port congestion.

Record arrivals have strained port facilities since late May causing severe congestion at major ports including Qingdao, Rizhao and Zhoushan as tankers have queued for weeks to offload the cargoes. Analysts and port officials say the congestion could run into this month.

That was lower than the 3.88 million tonnes exported in June and down 41.5% from July last year. The slowdown in exports comes even as refineries have been trying to pare back swelling fuel inventory after a record amount of fuel was produced in June.

(Reporting by Muyu Xu in Beijing and Chen Aizhu in Singapore; Editing by Christian Schmollinger and Ana Nicolaci da Costa)

Australia Cracking Down on Livestock Shipping