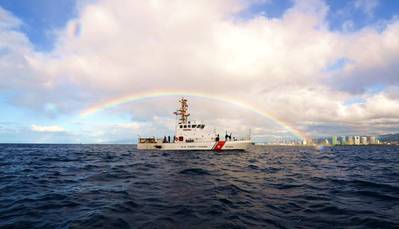 At 1:52 p.m., Sector Honolulu watchstanders received a report from the vessel Helen’s captain via VHF radio channel 16 of the incident.

The cause of the collision is under investigation.

Weather on scene was reported as 2 to 3-foot seas with 5 mph winds.