Minister of State for Shipping Pon Radhakrishnan. Photo by National Portal of India

The government of India would soon build a major port at Colachel in the southernmost tip of Tamil Nadu at an estimated cost of $3.2 billion (Rs 21,000 crore), envisaged to emerge as a southern gateway of transshipment in the country, reports PTI. 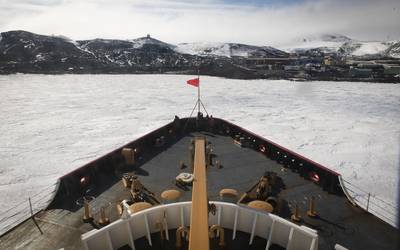