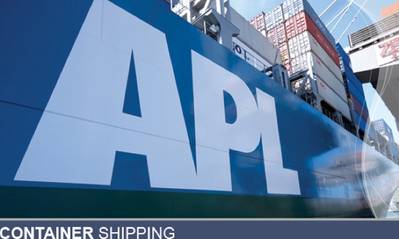 APL, ANL and Hanjin Shipping have teamed up to offer a new weekly service covering Asia, Australia and New Zealand.

To be launched on September 1, 2013, the New Zealand-Asia Express (NAX) will operate through a Vessel Sharing Agreement (VSA), with the three partners each contributing two container ships and allocating a combined capacity of up to 2,200 TEU for every weekly sailing.

“The NAX will provide more competitive options to shippers moving dry and reefer cargoes between New Zealand, Australia, Asia and beyond; particularly New Zealand reefer exports destined for key Asian markets,” the VSA partners said in a joint announcement. “We are confident that trade between these markets will continue to expand and we look forward to supporting their growth with our new service offering.”
The NAX will commence its first southbound sailing from Singapore on September 2, and the first northbound sailing from Auckland on September 24.