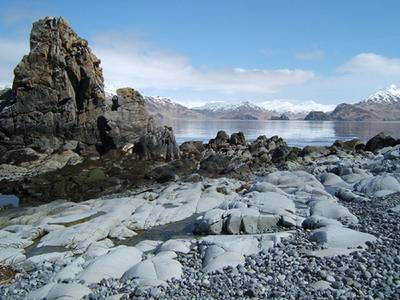 The company and Nicolas Sassin, 45, the chief engineer of AML's City of Tokyo vehicle carrier, each plead guilty to one count of violating the Clean Water Act. They also face charges in Portland, OR, for violating the Act to Prevent Pollution from Ships.

The company agreed to pay $800,000 in fines and community service payments as part of the plea deal. Prosecutors are recommending a six-month jail sentence for Sassin.

Although the dumping was performed in a remote location (but within the U.S.'s 200-mile exclusive economic zone) the prosecutors were made aware of the case and were able to file charges because crew members reported the illegal dumping.

"That is one of the challenges we face as investigators and prosecutors and, really, as citizens – determining when these crimes happen when they happen so far away,”  said Assistant U.S. Attorney Kevin Feldis.

The company and the engineer pleaded guilty to the Clean Water Act charges in Alaskan courts for the actual dumping. The APPS charges filed in Portland, Oregon, were a result of the ship's fabricated oil record book.

The City of Tokyo, an 603 foot Liberian-flagged ship, departed South Korea on August 22 for Seattle, Tacoma, Washington, and Portland.

(Information from AP, Alaska Dispatch News and KTUU-TV reports were used for this story.)

Cyprus is ready to engage in talks with Turkey to resolve differences but only "without blackmail and threats", President…

The French government will reimburse 30 million euros ($35.5 million) in payroll costs to French ferry companies hit by the…