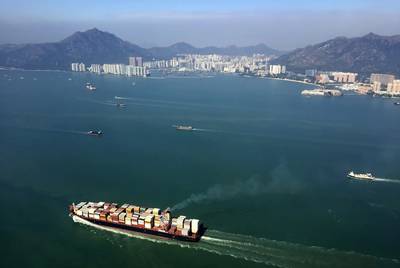 The Association of South East Asian Nations is hoping to expedite negotiations on a code of conduct with China for the South China Sea but it is not realistic to expect an agreement within a year, Singapore's defence minister said on Wednesday.
China and the 10-member ASEAN bloc adopted a negotiating framework on the code for the disputed and busy waterway, largely controlled by China but also claimed by some ASEAN states, in August and have begun talks.
"We hope it will be expedited but it's a very, very complex issue," Singapore Defence Minister Ng Eng Hen told reporters after a gathering of ASEAN defence chiefs.
"It's a century's old dispute. Expecting (the code) in one year is just unrealistic," he said.
ASEAN and China have hailed the conclusion of the negotiating framework as a sign of progress.
However, the failure to outline as an initial objective the need to make the code legally binding raised doubts about the effectiveness of the pact.
Signing China up to a legally binding and enforceable code for the waterway has long been a goal for claimant members of ASEAN, some of whom have sparred for years over what they see as China's disregard for their sovereign rights and its blocking of fishermen and energy exploration efforts.
Chinese Foreign Ministry spokesman Geng Shuang said later on Wednesday Beijing has worked with ASEAN countries for a code of conduct that was satisfactory to all states in the region.
Still, China has been rapidly increasingly its military deployment in the South China Sea and its air force said in a statement on Wednesday that Chinese Su-35 fighter jets had recently taken part in a combat patrol over the South China Sea.
It did not say when the patrol happened or over which part of the South China Sea.
Singapore Foreign Minister Vivian Balakrishnan said on Tuesday some of his ASEAN colleagues had expressed concern about activities by China in the disputed areas of the South China Sea, including land reclamations.
Malaysia, Brunei, Vietnam and the Philippines all claim some or all of the South China Sea and its myriad shoals, reefs and islands. Taiwan also claims it.

Singapore has taken over the role of the chairman of ASEAN for 2018 and hosted meetings of its foreign and defence ministers this week.