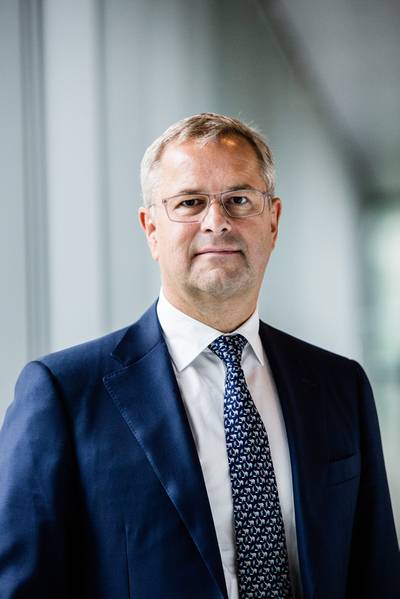 The world's number one container shipping company Maersk Line expects consolidation in the industry to speed up as freight rates fall due to too many vessels for too few goods, Chief Executive Soren Skou from Maersk Line said on Monday.
"I expect a number of deals," Skou told Reuters in an interview.
Singapore-based Neptune Orient Lines said on Saturday it is in preliminary discussions with France's CMA CGM and A.P. Moller-Maersk, which controls Maersk Line, about a potential acquisition of NOL.
Skou declined to comment but said Maersk Line would focus on organic growth while looking at opportunities to buy as they arose.
"The strategic arguments for Maersk Line to acquire NOL would be to expand the geographical scale in Intra-Asia and on the Transpacific," Nordea Markets shipping analyst Stig Frederiksen said in a note to clients.
An acquisition would also help Maersk Line lift margins due to cost savings, Frederiksen added.
In another potential merger, industry insiders expect Chinese firm Cosco's container shipping unit to merge with China Shipping Container Lines (CSCL) to create the fourth-largest shipping company in the world.
Maersk Line remains the most profitable in the industry thanks to its scale and cost cutting, but is struggling to live up to profit goals set by parent A.P. Moller-Maersk .
It reported a 61 percent drop in its quarterly profit to $264 million on Friday due to much weaker than expected demand and low container freight rates. Revenue fell by almost 15 percent to $6 billion.
Skou said the global container trade growth rate would likely match global economic growth rate next year. Before the financial crisis hit in 2008, the growth rate averaged about two to three times the global economic growth rate but that was unlikely to happen again, he said.
The International Monetary Fund (IMF) has forecast that the world economy will grow by 3.1 percent this year and by 3.6 percent in 2016.
Despite the supply and demand imbalance that has driven down freight rates, Maersk Line still expects to maintain its targeted earnings before interest and taxes margin over competitors of five percentage points.