Container Shipping Lucky to Break Even in 2015 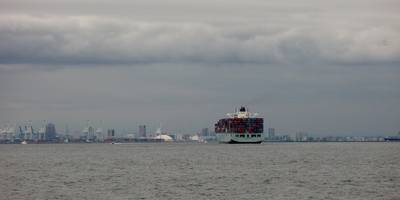 A toxic mixture of overcapacity, weak demand and aggressive commercial pricing is threatening liner shipping industry profitability for the rest of 2015, according to the Container Forecaster report published by global shipping consultancy Drewry.

Earlier this year Drewry forecast that container shipping carriers would collectively generate profits of up to $8 billion in 2015, but our revised view is that it will be lucky to break even this year.  This means that some lines will be back in the red by the end of 2015. The only way to address this is for carriers to take much more radical action to address overcapacity which is now plaguing virtually all major trade routes.

Despite first quarter industry operating margins of 8 percent, cost savings through falling oil prices were passed onto shippers by carriers in the form of much lower freight rates. And going forward, shipping lines will struggle to continue reducing unit costs in line with the expected erosion in freight rates, given stabilising bunker costs.

Drewry estimates that this year average global freight rates will decline at their fastest pace since 2011, when the fall in industry unit revenue was as great as 10 percent. The outlook for freight rate development has not been helped by second quarter spot rates in the four main East-West head haul trades falling by 32 percent year-on-year.

Recent decision by the Ocean Three lines to remove approximately 4 percent of trade capacity on the Asia-North Europe trade should help the carriers’ July and August GRI initiatives to push rates up. But more decisive action is required here and elsewhere since void sailings are only a very temporary solution. As many as 129 ships of 8,000 teu and above still need to find homes across a number of trades in the second half of 2015.

Average global head haul utilisation fell to 83 percent during the first quarter of 2015, though this alone should not have precipitated the deterioration in spot rates. However, the perceived weakness pushed many lines into rate-war mode across a number of key trade routes. With the exception of the westbound Transatlantic and Asia to Middle East trades, rarely have we seen so many major routes performing so poorly all at once. Spot freight rates have reached historical lows on the Asia to Europe and Asia to East Coast South America trades, which have been driven by carriers’ fear of losing volume base cargo to competitors as well as impending new build deliveries.

Each quarter brings another 10 to 15 ULCVs (Ultra Large Container Vessels) into the market and the resultant cascade of tonnage into the Transpacific, Latin American and Asia-Middle East trades is having a genuine detrimental knock-on effect.

Neil Dekker, Drewry’s director of container shipping research said: “There are not enough good homes for ships of over 8,000 teu where they can be placed without doing some damage to the supply/demand balance. Ocean carriers do not want to idle these expensive assets. The orderbook is starting to get out of control, with another 1.14 million teu added since January. Carriers’ emphasis on ordering so many big ships is starting to backfire and virtually all major headhaul trades are plagued by overcapacity. We are entering a new era which will be dominated by big ships and all ocean carriers need to be thinking of average headhaul trade route fill factors of 80-85 percent as the norm, rather than 90 percent or more. They cannot keep adding capacity and expect there to be no substantial impact on unit revenues.”