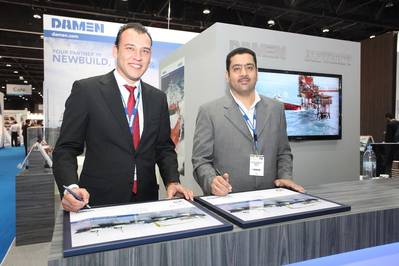 The vessels will be operated by BINCO in Kuwait to serve SPM operations of Saudi Arabian Chevron’s marine export facility at Mina Saud in the PNZ.

BINCO has already been operating successfully in this field for 30 years and with these new vessels, which combine state-of-the-art technology, design and dedicated features, BINCO aims to strengthen its fleet and services towards Saudi Arabian Chevron, Khafji Joint Operations and other business partners.