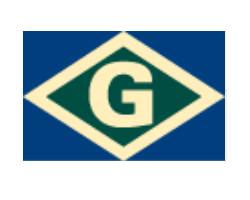 John P. Tavlarios, President of General Maritime Corporation, commented, "During the first quarter and year-to-date, we took important steps to bolster the Company's future prospects. First, we completed the previously announced refinancing initiatives, strengthening our balance sheet and capital structure. Second, we continued to successfully implement our flexible fleet deployment strategy, positioning the Company to both achieve a level of stability in its results and capitalize on future rate increases. Finally, we completed the seven-vessel Metrostar acquisition enabling the company to expand both the size of our fleet and future earnings potential, while broadening and diversifying our service offerings to customers. In addition, the completion of the acquisition combined with our fleet modernization efforts, enabled General Maritime to reduce the weighted average age of its fleet by approximately two years, while growing overall tonnage capacity by 37 percent."

Daily direct vessel operating expenses increased 6% to $9,244 for the quarter ended March 31, 2011 compared to $8,696 for the prior year period. This increase was primarily due to the growth of the fleet from the prior year period consisting of 5 VLCC and 2 Suezmax vessels which have higher per day costs than the prior fleet average.

General and administrative costs decreased by 10% to $8.8 million for the quarter ended March 31, 2011 compared to $9.7 million for the prior year period. This decrease is primarily due to a reduction in personnel costs which were slightly offset by an increase in professional fees that were incurred during the quarter associated with the sale and sale-leaseback transactions involving seven vessels.