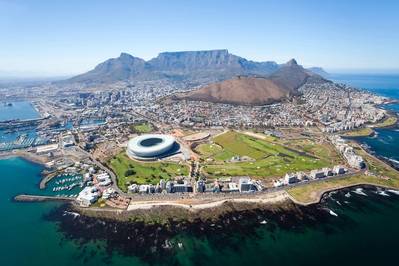 South Africa banned all passenger vessels from its ports on Wednesday due to the coronavirus outbreak, leaving tourists on a cruise ship docked in Cape Town in limbo following tests for possible COVID-19 cases on board.

The MV AidAmira's more than 1,700 passengers and crew have been unable to leave the ship since Monday, after a crew member on a cargo ship who shared a plane with six passengers on the liner showed symptoms of the coronavirus.

Port authorities quarantined the Italian-flagged AidAmira while the six passengers were tested for coronavirus.

But maritime officials were still working out how to move the passengers off the liner safely and they would not be moved on Wednesday, he added.

The new maritime regulations that came into force on Wednesday prohibit all embarkations and disembarkations from passenger ships at the country's eight sea ports.

Transport Minister Fikile Mbalula said no ships would be allowed to unload passengers until further notice but that cargo ships could come and go unhindered.

"In essence, there is a total ban on cruise ships," Mbalula told reporters near Cape Town's cruise terminal, where the AidAmira was docked and some of its passengers were leaning over the rails.

A shipping agent who did not want to be identified said two ships carrying passengers were waiting off Cape Town harbor and running low on fuel and supplies.