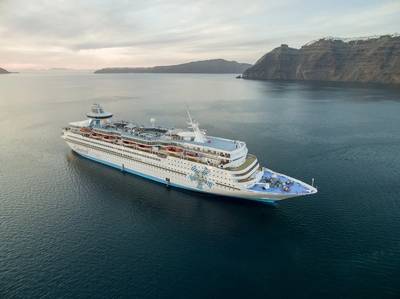 The biennial Posidonia Sea Tourism Forum will be held from May 28-29, 2019, at the Domotel Kastri Conference Center, in Athens’ northern suburbs. Here there will be more than 30 senior cruise executives responsible for ports and destinations from the world’s biggest cruise lines, including MSC Cruises, Royal Caribbean Cruises, Holland America Group, Disney Cruise Line, Silversea Cruises, Fred Olsen Cruise Lines and Celestyal Cruises among others.

Elisabetta De Nardo, VP Port Development, MSC Cruises and Chairman of CLIA’s European Port & Destination Advisory Committee, said: “Greece continues to be a region of great importance for the international cruise industry. In recent years, following geopolitical instability in other areas across the Mediterranean Sea, Greece has assumed an even more prominent role in Eastern Med cruise itineraries. The Posidonia Sea Tourism Forum is the top cruise event in this wonderful and strategic region that is the Eastern Med. I look forward to discussing the challenges and opportunities that we face with other stakeholders.”

Some of these opportunities include the impending legislation that kicks-off the 2nd phase of the Greek ports privatization process, effectively allowing global cruise port operators to invest in cruise terminal concessions across the country, a much-awaited move likely to increase home porting. These developments have also attracted the interest of leading cruise terminal operators, such as Global Ports, who will be present in Athens at the event.

An increasing number of arrivals comes from the US; according to Athens International Airport data, the number of American arrivals has increased over 113% during the last five years with many travelling to the country for its varied cruise product options.

In response, the major US cruise lines have increased their 2019 Greek ports of call, and other niche players such as Disney Cruises, are resuming operations in the country as early as next year. Their itineraries include the ports of Piraeus and Katakolon, near ancient Olympia. Also, the islands of Santorini, Mykonos and Crete have been announced as ports of call for the company’s 12-night and 9-night cruises next summer, following a five-year absence from the market. Disney has confirmed its participation at the Posidonia Forum and plans to meet with destinations as preparations for its return to the region have started.