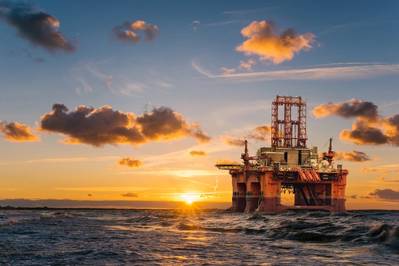 When the global oil industry held its biggest annual gathering this week in the Swiss town of Davos, it invited banking bosses and fund managers to discuss two key topics - climate change and pressure from investors.

The conclusion of the discussions was worrying for those present - pressure is rising and the industry is losing a battle not to be seen as one of the world's biggest evils.

The answer? Lure investors with higher returns and raise the PR game.

"There is no doubt - and there is a consensus coming here in various meetings in Davos - that our industry is literally under siege and the future of oil is at stake," said Mohammed Barkindo, secretary-general of oil producer group OPEC.

"The industry needs to come together and respond positively with facts and figures. We are not shying away from the fact that we have not been able to communicate well," Barkindo said.

The industry gathered on the sidelines of the World Economic Forum, holding a series of closed-door meetings.

The chief of oil giant Chevron, Michael Wirth, had discussions with bosses from BP, Royal Dutch/Shell, Total and Aramco for the first time as U.S. companies joined European and Middle Eastern peers in debating climate change. Darren Woods, head of the biggest U.S. oil firm, Exxon Mobil, participated in the meeting via telephone.

The climate change debate has split the oil industry over the past decade.

While U.S. majors took an initially soft approach towards global warming, Shell had urged that the industry be held responsible not only for its own emissions, but also for those of consumers.

Linked to that debate was pressure from investors urging the oil industry to help tackle climate change, with some pension funds including that of Norway saying they would stop investing in the stocks of oil companies.

WINNING HEARTS AND MINDS
The oil industry has repeatedly tried to explain that if it stops investing in new projects, the world will face an energy shortage and price spikes because renewables and nuclear energy cannot meet rising energy demand as the global population grows.

"How do you get the hearts and minds of investors back? That is a real challenge for our industry," said John Hess, the founder of independent U.S. producer Hess Corp.

He said investor frustration with the oil industry was manifested by the fact that the share of energy companies in the S&P index had shrunk to 5.5 percent, from 16 percent 10 years ago.

"We will have to compete against other industries in the S&P to create the value proposition that makes us more attractive. A new paradigm is coming up which is to generate free cash and share some of this cash with investors," he said.

The U.S. oil industry has been booming in recent years but investors have been frustrated by heavy debts and a lack of free cash flow and dividends.

However, even European oil majors such as Shell and BP, which pay billions of dollars in dividends, have struggled to remain popular with investors.

"We need to engage with policymakers and the public to understand the huge task we have ahead," Hess said.

TAX ON WHOLE VALUE CHAIN
BP chief Bob Dudley said the industry needed to explain the challenge of producing and making energy affordable for an increasing global population, which will see energy use rising 30 percent by 2040.

"You cannot just tax energy-intensive industries and not the users of energy and think you're going to solve the problem. People need to use less energy. Philosophically, trying to look at emissions across the entire value chain is critical," Dudley told Reuters.

Aramco wants to list its stock sometime after 2021 in what could become the world's largest initial public offering. Nasser said the latest research by Stanford University found Aramco was the cleanest major oil company in the world thanks to zero gas flaring and modern field technology.

He said oil companies could help cut emissions by end users but should not ultimately be responsible for them.

"We have to look at what we control. I have control of what I send to the grid in Saudi Arabia. But we do not have control over factories in Europe," Nasser said.

"However, it doesn’t mean we don’t care about end users. As a company we are looking at what we can do to increase the efficiency of end users," he said.

Aramco invests in research to make cars more efficient, increase mileage per gallon and the use of hydrogen in cars. It recently acquired high-end rubber producer Arlanxeo to help reduce tyre friction.

"We need to boost efficiency or get rid of CO2 by technology," Nasser said.